6 Best Netflix Shows To Watch On Your Summer Break

Well, if you’re anything like me then you’ll find that it starts to lose its luster after a while. All we have left then is to fill the void with snacks and a good show. So without further ado, let’s get into the best Netflix shows to pass the time away this summer holiday!

Sweet Tooth is a Netflix Original series that was adapted from the comic book. It revolves around a post-apocalyptic world that is infected by a virus, causing a worldwide pandemic. (Sounds familiar, right?) The virus kills many and infects children, causing them to be born as “Hybrids”, somewhere between human and animal. People are terrified of the virus and heavily discriminate the young-borns, hunting them down to extinction. Amidst the chaos, a young Hybrid boy named Gus emerges from the woods and journeys to the outside world, trying to find his mother. For an apocalyptic series, Sweet Tooth was surprisingly heartwarming. Unlike other apocalyptic shows, which force you to sit through episode after episode of suspense and dread, Sweet Tooth alleviates that with the occasional heart-melting moments between its characters. It makes for a pleasant watch and reminds us that, from the perspective of a cute 10-year-old, light exists even in the darkest of times.

2) The First Netflix Shows On Chess: The Queen’s Gambit

The Queen’s Gambit is one of the best Netflix shows that quickly rose to popularity when it first came out. Beth Harmon was orphaned at 9 when her mother died in a car crash. She was sent to live in a home in Kentucky, where she discovers her love and innate talent for chess. With the help of a janitor, she goes on to hone her talent, becoming a child prodigy and making her way up to win national tournaments and championships. However, skill doesn’t come without a price. Beth’s slow descent into alcoholism and her struggle to break out of her addiction is one of the show’s greatest strengths. She refuses to let gender expectations deter her from becoming a world-renowned chess player, but it’s her own demons she struggles against that really makes the series worthwhile. During an intense tournament, the conflict on Beth’s face as she realizes she’s made a wrong move and struggles to not let her emotions show is what makes the series so intense and nail-biting.

The Queen’s Gambit promises you a compelling tale of a woman who is trying to prove herself as a capable chess player, regardless of gender. And that itself makes Beth Harmon a character to root for.

Peaky Blinders is a crime drama that follows a gangster family set after the end of World War 1 in Birmingham, England. It is loosely based on the real Shelby crime family, who were infamous for their theft, violence, and total disregard for the law. That’s where the similarities end between real life and fiction, as the show focuses its narrative on ambitious and cunning gang leader Tommy Shelby, who makes decisions as head of the family to increase their criminal organization and maintain their stronghold in Birmingham. Peaky Blinders is a show with an exceptional cast and excellent writing that takes you on a dive into the criminal underworld littered with violence, brutality, and organized crime. It successfully won several awards for Best Drama Series and Best Production Design, solidifying its spot as one of the best Netflix shows to binge on without regrets!

Disclaimer: Peaky Blinders contains graphic scenes of violence and murder, so it may not be the best choice for a family-friendly Netflix session.

Love, Death, Robots is an animated sci-fi series on Netflix that uses a short story format to tell various stories. From supernatural creatures to aesthetic comedies, each episode brings something unique related to the three segments; Love, Death, and Robots. The show isn’t afraid to touch on issues like societal classes and war strife, which combines with creative storytelling to present a science fiction anthology that will keep you hooked through the night. Some exceptional entries are “Fish Night” and “Good Hunting”, which stand out for their bright, vibrant aesthetic and unique style of animation. Nearly all of the episodes involve robots of some kind, but the great thing is that the machines are so different and full of variety, that you won’t be bored even after binge-watching for hours.

More than just stunning animation, Love, Death, Robots does a great job at blending science fiction with other genres of horror, comedy, and romance. Plus, they recently released a second season, so sci-fi fans are in for a treat!

Bojack Horseman is an adult cartoon comedy that is relatable, witty, dark, and tragic, all in one. The main character, Bojack Horseman, was the star of a hit television show titled ‘Horsin’ Around’ in the 80’s. Now he lives as a bitter, washed-up actor in Hollywood, California, washing down his regrets with alcohol and complaining about everything. He tries to make his way back into the limelight by taking on new acting projects, but his self-sabotaging tendencies are not going to make it as easy as he thought. Witty yet dark, Bojack Horseman is not your typical sitcom where the show does nothing much than make fun of itself. Rather, Bojack Horseman is full of complex characters that deal with their own struggle of depression, addiction, and relationships in a world that closely mirrors real life itself. They race against time to save the world from an impending apocalypse and time-travelling assassins. This forces them to put aside their differences and really work together to stop the world from imminent doom—because sibling bonds are all they’ve got, whether they like it or not.

The show has great themes of family drama and character development, which really shine when they’re fighting, either with each other or with someone else. It skillfully balances graphic violence with dark humour and emotional characterization—a rare treat, but a welcome one!

There you have it!

Time to bid adieu to the outside world for a while and curl up indoors with the best Netflix shows to make your holiday. 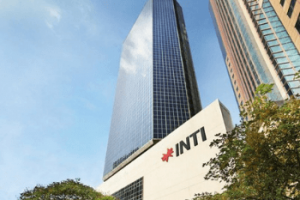