Home » Blog » I Tried Submitting My Own University Application. Here’s How It Went!

I Tried Submitting My Own University Application. Here’s How It Went!

Once, I tried applying to university.

Yes, with no help or guidance. It was a frenzy of confusion faced by stringent college requirements and hectic submission deadlines. It was one of those poor decision-making moments when you think to yourself, hey, why not I try a bad idea and make it a good one?

How My University Application Went Frantically searching for open intakes, googling country visa guidelines and trying to make sense of the list of documents I’m supposed to submit my university application before the end of the week. Crap, it’s already Wednesday. Did I mention I have no clue what this list means?

I had to get in touch with the college counsellor to clarify what these documents meant. They took their own sweet time to reply me, wasting three precious hours to meet an already short deadline.

Apparently, academic transcripts meant my academic results from high school, so I spent another three hours digging up old documents from my high school file I thought would never see the light of day again.

Then I forced myself to sit down and think of all the reasons why I would want to go to college. So that I could get a degree, apply for a job, and avoid starvation, right? Because that’s what everyone else does? But that didn’t seem like a good enough reason. Crap, why did I ever think I could do this alone? No reason to panic, Google exists for a reason. I was listing down dazzling points of why I would make an ideal student and commending myself for my brilliance when I realized it was almost 6pm and I hadn’t emailed my teachers for a recommendation letter yet.

I hastily drafted an email to my favorite teachers back in high school and, praying they wouldn’t judge me for my lack of tardiness, added an ‘URGENT’ to the caption. Hopefully they sensed my desperation and would get back to me as soon as possible.

As for the language proficiency test, I wasn’t sure where to start, so I called the school counsellor for more details. She sounded irate and was less than willing to provide me with the details, which was ironic considering it was her job. I was reaching the limit of my patience and about to complain about her lack of assistance when she interrupted me:

“Miss, you’re way past the deadline. We only receive IELTS test bookings a week before the test date, and we’re fully booked this week.”

My heart sank. I was too late.

Without a language test, no recommendation letter, and worst of all, being 2 days away from the date, it was impossible for me to meet the university application deadline. So, I did what I should have done earlier – consult a professional.

Why I Decided To Use A Study Abroad Counsellor

After consulting with a counsellor online, I was surprised to find that there was so much they could do for me. Initially, I believed that using a counsellor would be time-consuming and inconvenient, due to horror stories like missing documents and slow replies. But my experience was nothing of the sort.

They helped me to narrow down a list of university choices from 100 to 16. It hadn’t even crossed my mind to do this for myself, but with the counsellor’s help, all I did was state my preferences – affordable, located near the city, and an active student community to build connections with while I studied Law – and I had it.

I was even given a checklist to tick off whether or not the university met my requirements. That was some smart thinking on their side!

After all the trouble I went through to submit just one university application, I was in for a bigger surprise – a study abroad counsellor can help you apply up to five universities in one go! This would help increase my chances of getting accepted. All I had to do was submit my documents, and watch them work their magic. When that was done, all that was left to do was wait. Admittedly, I wasn’t very good with this part. If I were still doing this by myself, I would have obsessively refreshed my mailbox multiple times by now. But this time, it was different. I could just text the counsellor and ask them for an update on my university application, and within an hour or two – voila! I received a response.

I was worried that the documents might have gotten missing along the way and delay the process, but my counsellor reassured me that everything was taken care of. Three applications were still pending, but I would hear from one of them soon. She promised that she would update me that instant she got a response.

Four days later, I received news. It was an offer from the University of Birmingham, United Kingdom! I was beyond elated. Not only was I accepted into one of my top university choices, but I only had to wait a few days!

I thought the difficult part was over and done with, but my counsellor said it was the complete opposite. We had to apply for my student visa – a lengthy and complicated process that could easily reject my application over the tiniest mistakes.

Luckily, I had a mentor with me. She guided me through the entire process and advised me to prep for the interview, giving me tips on the most common questions. It was thanks to her that I managed to pass the interview on first try!

It was such a liberating feeling to let my counsellor handle the nitty gritty details, knowing that everything was well-taken care of. I no longer felt the need to compulsively text and ask for an update on my application. Study Abroad Counsellors know what they’re doing, and they’re good at it!

So if you ever feel like getting some help for your university application, get a study abroad counsellor. They’ll make your life so much easier! 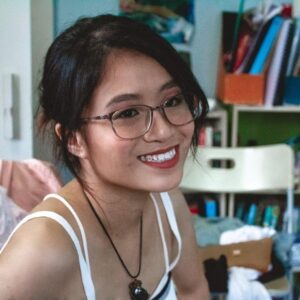 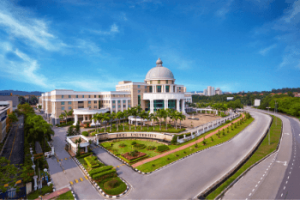