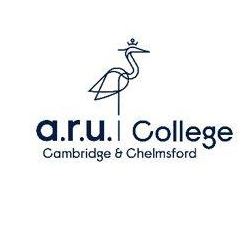 Anglia Ruskin University (ARU) was founded in 1858 by John Ruskin, an art critic, patron, and philanthropist when he opened the Cambridge School of Art. Originally located in the city centre, the Chelmsford campus moved to a brand-new site in 1992 and has developed better programs for our students ever since.

Her Majesty the Queen opened the University Library named the Queen’s building, and joined by other iconic University landmarks, such as the Lord Ashcroft building, Sawyers Building, Michael Salmon Building, medical simulation suites, and Arise Chelmsford that houses labs, workshops, and office space to medical and advanced engineering businesses.

There are numerous undergraduate and postgraduate pathways for applicants that do not meet the direct entry requirements, have spent time out of education, or have not taken the required subjects for their chosen degree. Once they complete the pathway at ARU College, they will gain direct entry for an ARU degree of their choice.

Location: A lively city in Essex, Chelmsford not only offers a modern environment, but it is also rich with heritage and history. Besides, Chelmsford is only a 35-minute train ride away from London.

Emphasis on Internationalisation: ARU is the second home to a diverse student community, where one in five students is from outside the UK. Employability We are the top in the East of England and place 5th in England when it comes to the employment of undergraduates or undergraduates who further their studies within 15 months of graduating.

No Work while studying

Interested in this university? Find out if you are eligible!

Apply and get in touch with our counselors for free!